0
was successfully added to your cart.

Our students build powerful bonds while fighting alongside patients. And we believe they have the ability to do much, much more for bettering the world. We’re giving them the opportunity to prove us right.

How it all started… 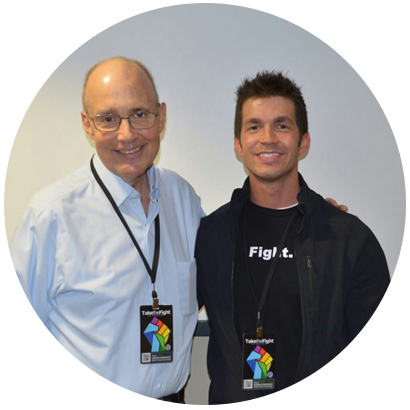 TAKETHEFIGHT WAS CO-­FOUNDED BY A FATHER­-SON TEAM, AT THE URGING OF ONE OF THEIR ONCOLOGISTS, DURING A DIFFICULT JOURNEY THROUGH BRAIN CANCER.

In late 2011, Steve Warren (father) had a first ever seizure and stroke. For the next six-­months, he was having concerning health issues, despite local physicians telling him he would “be fine.” Steve’s wife, Geri, knew something was wrong and called David Warren (son) one morning, crying. David traveled home and switched physicians, pressing for a new MRI. One Friday in April 2012, six­-months after it should have been diagnosed, the new scan displayed a massive 6×8 cm brain tumor. Their journey was only beginning, and without any healthcare training, they were already behind.

Oncologists suspected the tumor was Glioblastoma (GBM), which carries with it a life expectancy of 14.6 months. However, Steve’s surgery resulted in a diagnosis even worse. Instead of “just” being GBM, which stays localized to the brain, the father­-son team urged the medical professionals to order a spinal MRI when Steve was having back pain, and they discovered a metastasis in Steve’s lower spine, just days after his brain surgery. Steve’s cancer was consuming from all angles. 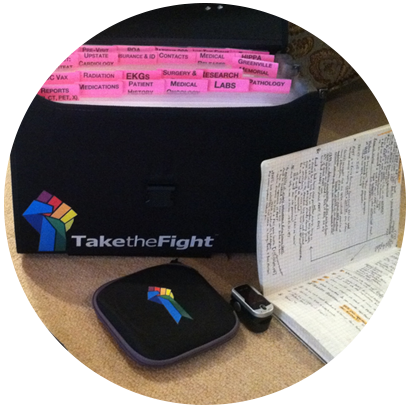 Only 56 cases of this type tumor had been reported in the aggregate of medical literature. Steve, Geri and David traveled extensively for treatments and opinions, utilizing experts from Wake Forest, Duke, Hopkins, MD Anderson, UCLA, UNC, and many others, including international experts and treatments unavailable in the U.S. They carried with them what has now become the “TaketheFight Briefcase,” filled with tools to help their extensive medical team provide the best care possible.

Along the journey, one particular neuro­-oncologist at the Comprehensive Cancer Center at Wake Forest Baptist, Dr. Glenn Lesser, noted that Steve’s and David’s experience and their system of fighting was “powerful.” Dr. Lesser urged the father­-son team to find a way to train other patients. TaketheFight was born in late 2012, opening its office at its original home and Top 20 cancer center, Wake Forest Baptist, thanks to numerous oncologists and healthcare administrators who believed.

Before we lost Steve, he participated in the on-­campus recruitment and training of the inaugural Corps of Cancer Strategists. He also met with and counseled a number of its first patients at Wake Forest. When Steve passed, David was devastated by the loss of not only his father­­–but his best friend. 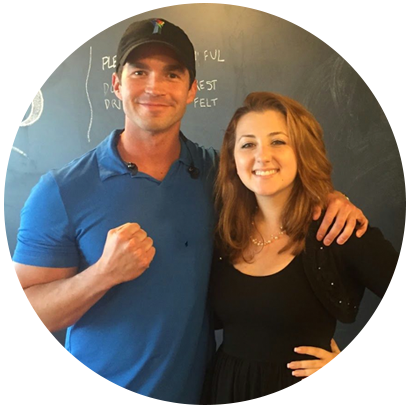 In 2015, after partially stabilizing from the loss of Steve, David came back for vengeance by way of TaketheFight. One of TaketheFight’s Strategists, Robyn Lessans, who was then Co-­President of the Wake Forest chapter of TaketheFight, having previously fought 1on1 alongside a patient as well, agreed to join David full­time following her graduation. Together, they endeavored to scale TaketheFight into the world-changer they knew it was destined to become.

In February 2016, David passed away unexpectedly. He infused a spirit of self-sacrifice and purity of purpose into this organization and into the people who now lead it. We’re an organization with heart and resilience. We continue the fight. We continue the legacy of David and his father.

“The concept of having an advocate who was part of the team—not a hindrance to the interaction with medical professionals—but really an aid to that, a helper, somebody to do some legwork . . . I don’t see that there is any shortage across the country of people needing that kind of help” 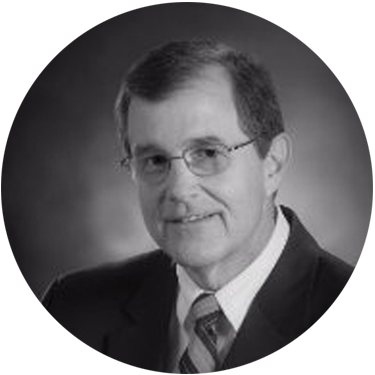 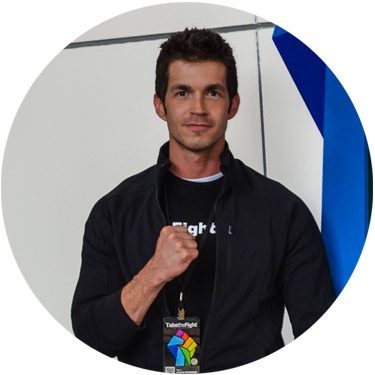 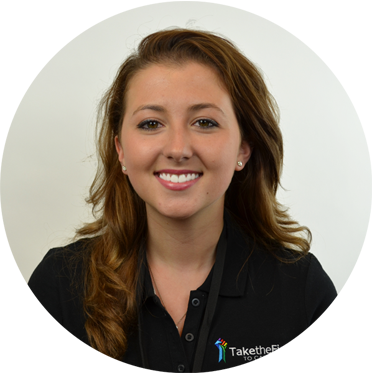 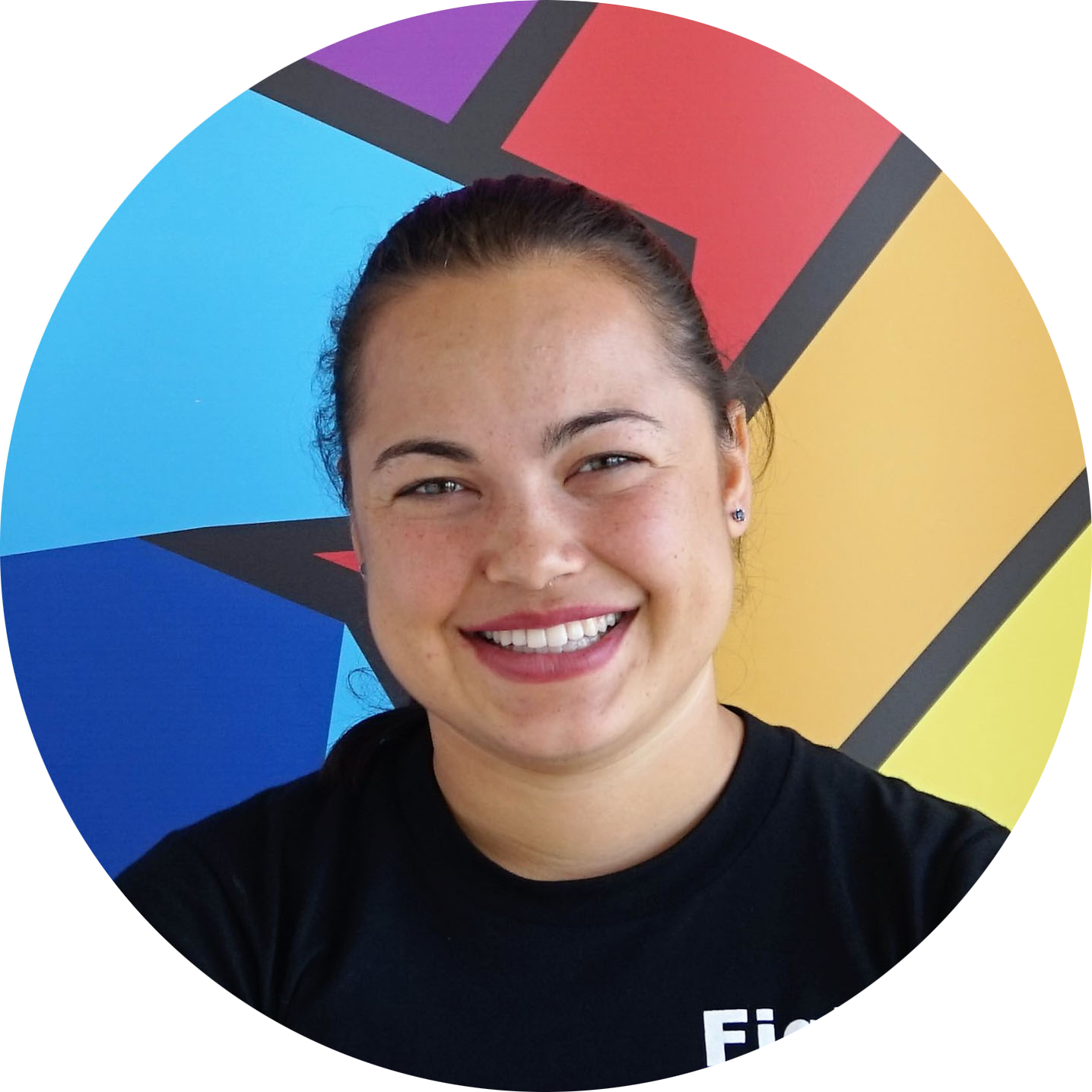 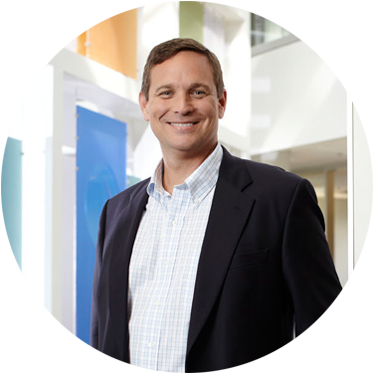 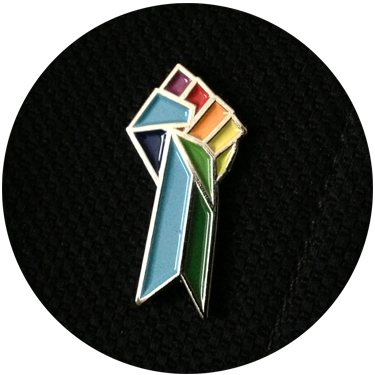 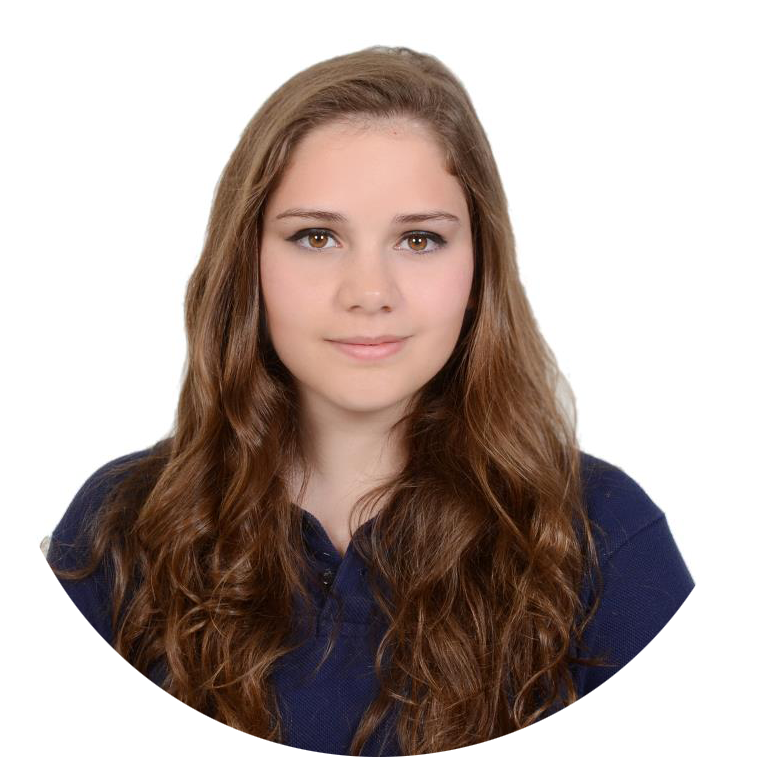 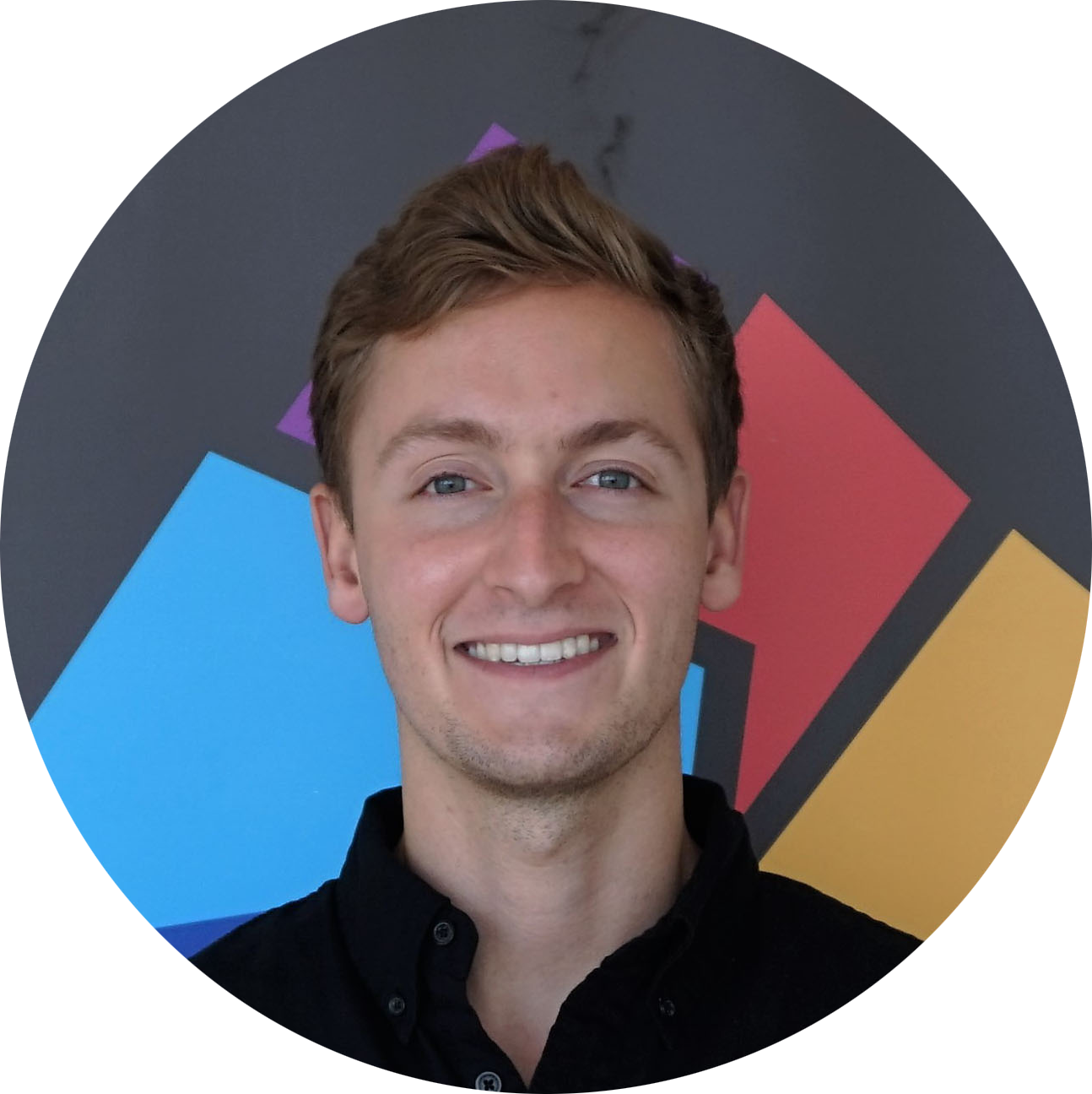 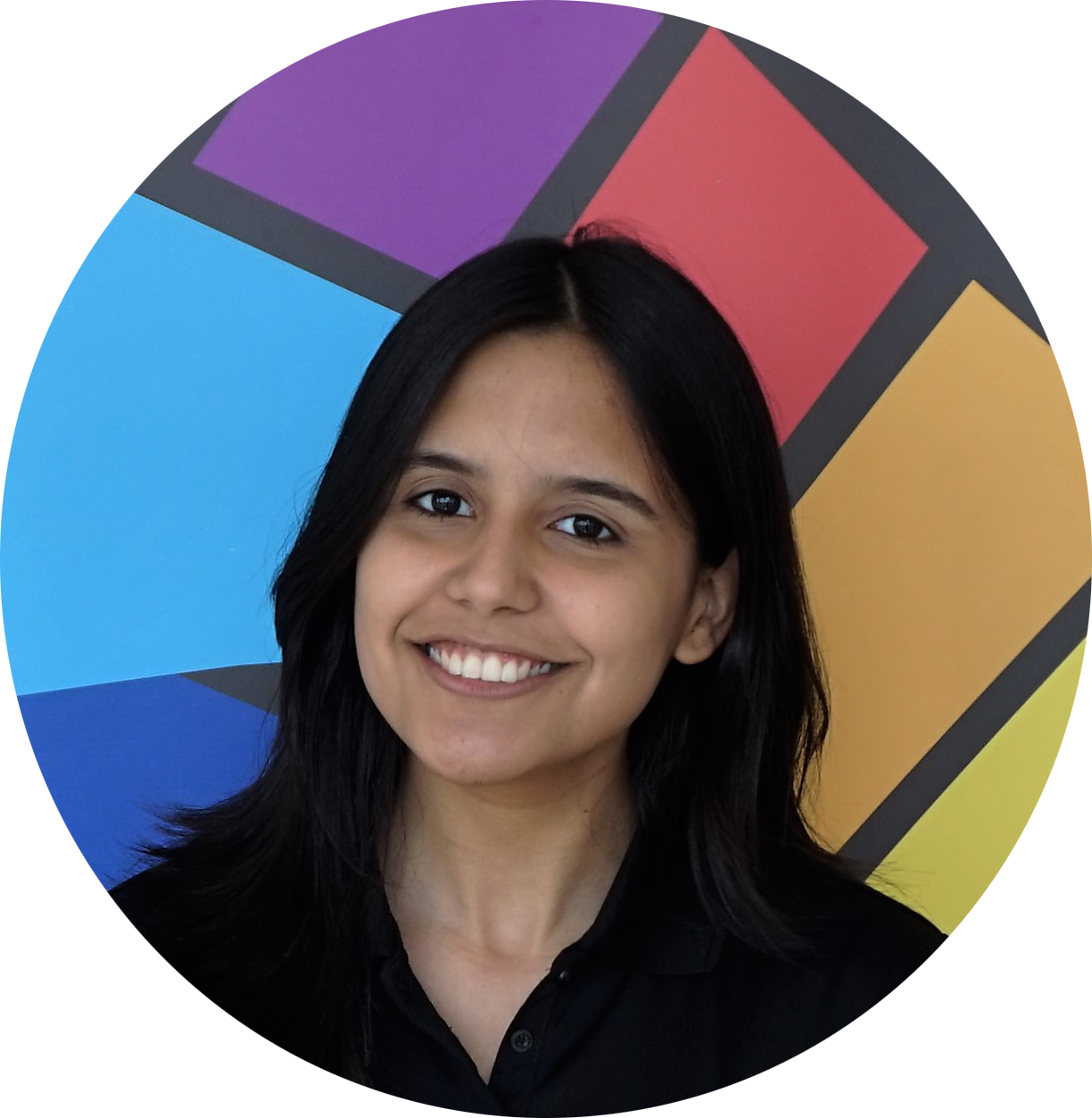 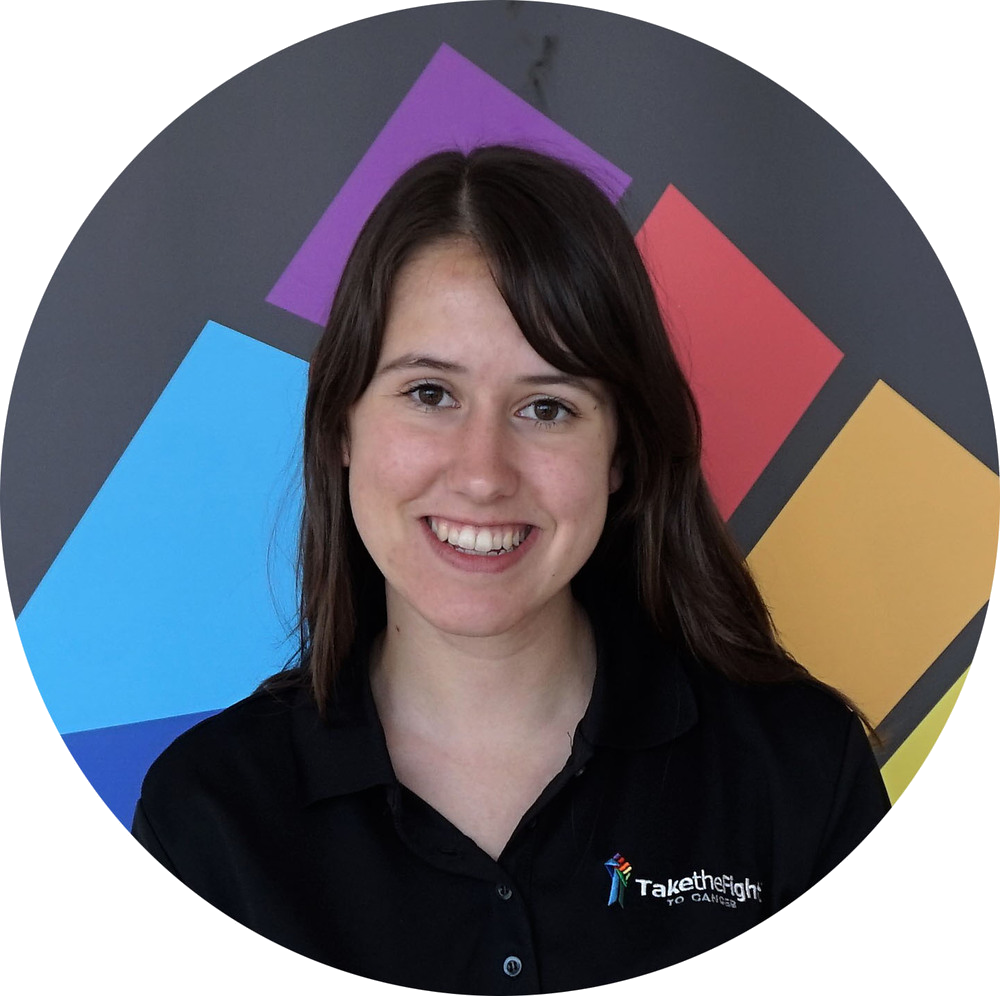 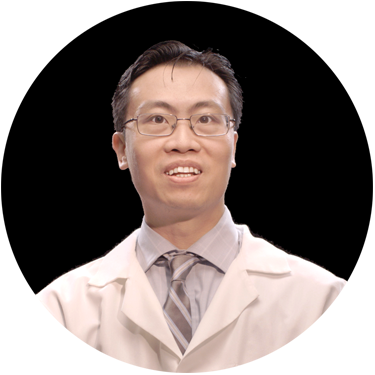 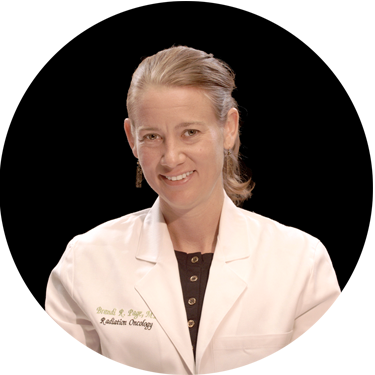 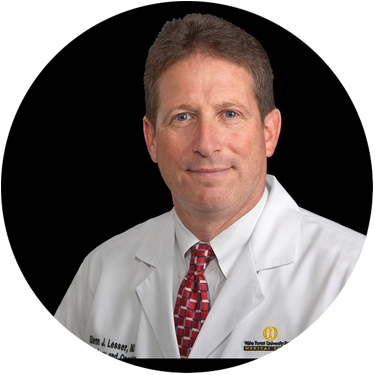 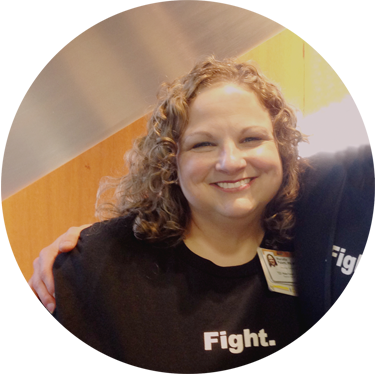 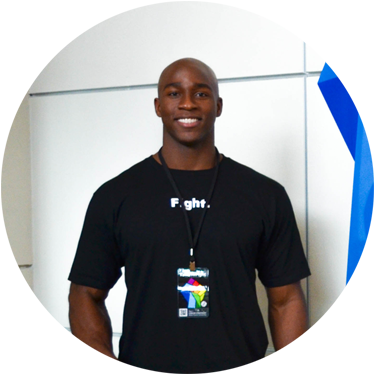 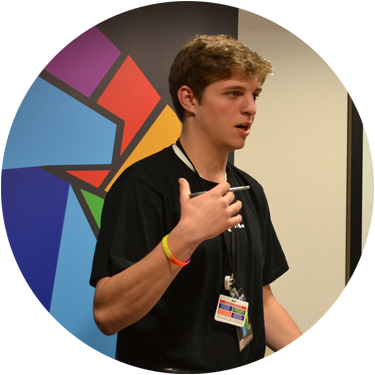 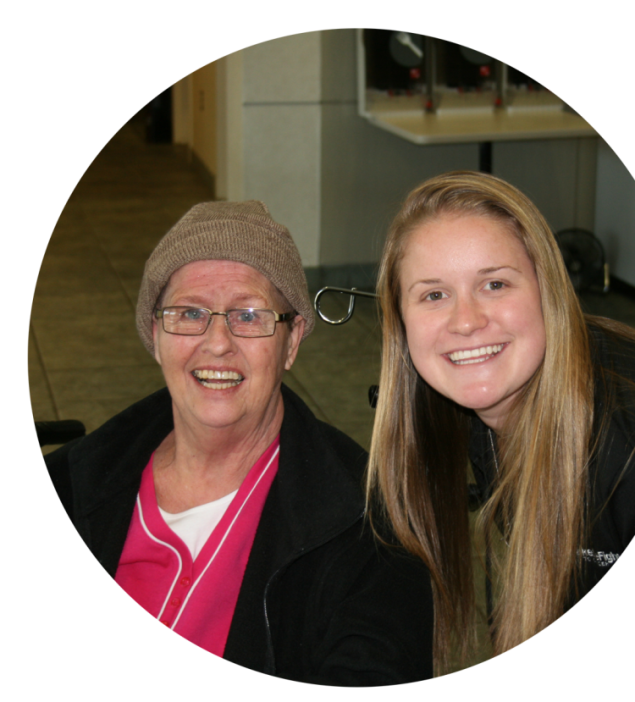 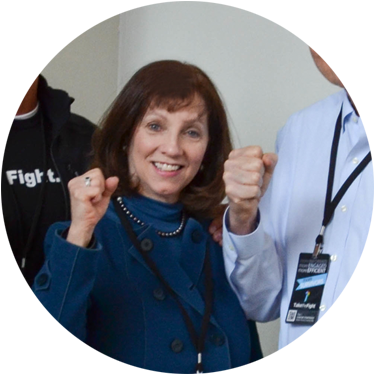 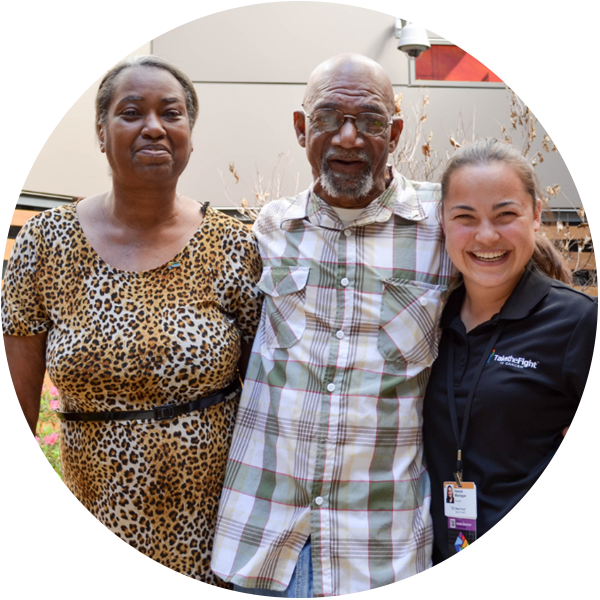 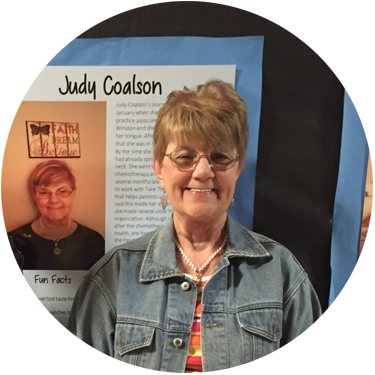 We don’t practice them – We live them.

1. The patient is king; Caregivers matter; ­­Healthcare professionals, too.

2. Everything­­, every system, every process­­ can be improved.

6. We collaborate with those who share our values, including for-profits and other nonprofits.

7. Petty rivalry between nonprofits is counterproductive to the Mission.

8. We defy the notion that students must wait until graduation to affect meaningful change in the world.

9. We strive daily to turn our loss, sadness and anger into passion, our passion into purpose, and our purpose into impact.

10. We will not stop fighting.

Our Students are not doctors

TaketheFight is comprised of a team of passionate undergraduate students and recent grads. We never give medical advice. Ever. We exist to support the patient and the medical staff, to facilitate the exchange of medical information, and to increase the patient’s compliance to the doctor’s treatment plan. We believe in the power of information. We don’t have time for pride, we don’t care about ego. Our goal is to innovate and to help patients thrive.

THE RIBBONFIST was developed by TaketheFight in 2012. It is a symbol of all of the feelings that cancer evokes­­ from hope to rage. It represents survivors being informed, engaged, efficient and–most importantly–proactive in their journey through cancer. The Ribbonfist is deliberately bold. It is symbolic of the common thread that unites us all, regardless of the particular disease we fight, the human spirit and the will to live.

You will find the Ribbonfist proudly repped by the most proactive survivors, students, family members, medical teams and fierce supporters. We’re in this journey together. ­No one fights alone.

Our story is only beginning

Who We Are
What We Do
Our Blog

OUR MISSION is to enable the world’s most promising future leaders to lead today.

We are deeply grateful to the Comprehensive Cancer Center at Wake Forest Baptist, who believed in us before it was cool.